How safe is Reading?

Reading is a large town in the county of Berkshire, in the Thames Valley region of England. Located 75 miles east of Bristol, 25 miles south of Oxford, and 42 miles west of London, it is an important commercial centre in Southern England.

When you include its suburbs, Reading has a population of approximately 235,000, making it the largest settlement in the UK without city status. Reading borough itself has a population of approximately 160,000. It is ethnically diverse, with 9.1% of its inhabitants identifying as South Asian, 6.7% identifying as black, 3.9% as mixed race and 4.5% as Chinese. There is also a large Polish community in Reading.

But how safe is Reading?

The third most common crime in Reading borough is other theft, i.e., not theft from a person, car theft or bike theft. There were 1,592 reported incidents of other theft within this time period – just under 10% of all crime. Criminal damage and arson was next, with 1,541 crimes (9.5%) reported. This was followed by shoplifting at 1,521 crimes (9%), and then vehicle crime, with 1,233 crimes (7.5%). The seventh most frequent crime in Reading borough was burglary, with 1,126 reported crimes (7%).

The most commonly seen crimes in Reading borough are antisocial behaviour and violent crime, but when looking at other regions, how does overall crime in Reading compare?

In the year ending March 2017, the crime rate in Reading was higher than average for the Thames Valley force area.

Is crime in Reading increasing?

From this data, we can see that crime in Reading, indeed, has increased, particularly in the past year. 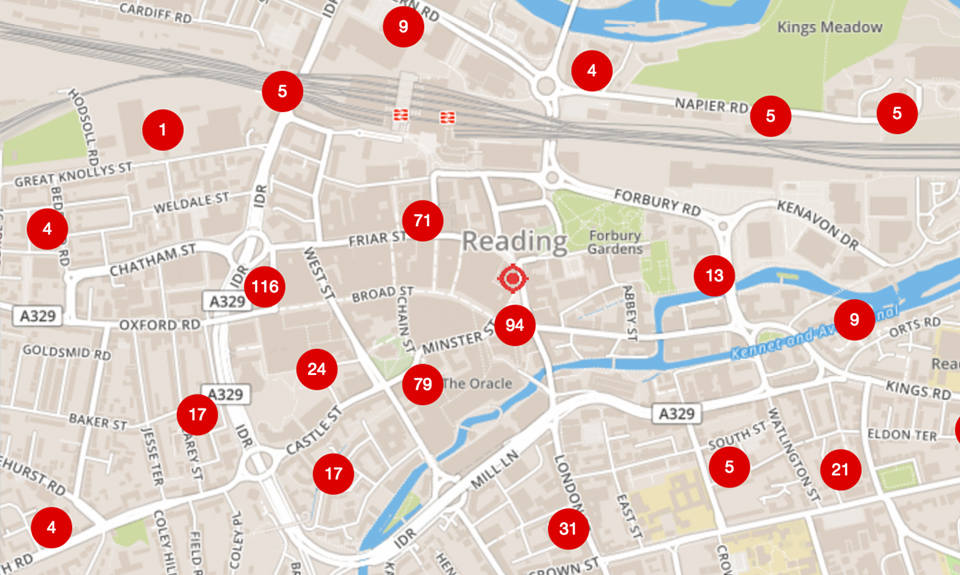 The crime rate in Reading has increased, but which areas report the most crime, and which report the least?

Reading contains 15 wards, of which the safest statistically is Thames, which reported only 12 crimes during May 2017. The next safest is Peppard, which saw 18 offences that May. Kentwood is the third-safest area in Reading, with 45 crimes reported during that month, then Southcote, which saw 52 crimes.

Based on this same data, the area that sees the most crime is Abbey, which reported 474 crimes during May 2017, followed by Battle, with 168 crimes, then Whitley, with 118 crimes. Redlands is next, with 95 crimes for May, and Katesgrove follows this, with 89 crimes.

Reading is policed by Thames Valley Police, which is the largest non-metropolitan police force in England and Wales. Thames Valley Police serve the counties of Berkshire,Buckinghamshire and Oxfordshire, with a total population of over 2 million people across an area of 2,216 square miles.

The report found that Thames Valley Police sustained its good performance in preventing crime and tackling antisocial behaviour, and used original methods to understand the problems affecting the people of Thames Valley. The report also determined that the force generally investigates crime to a good standard and responds effectively to organised crime. 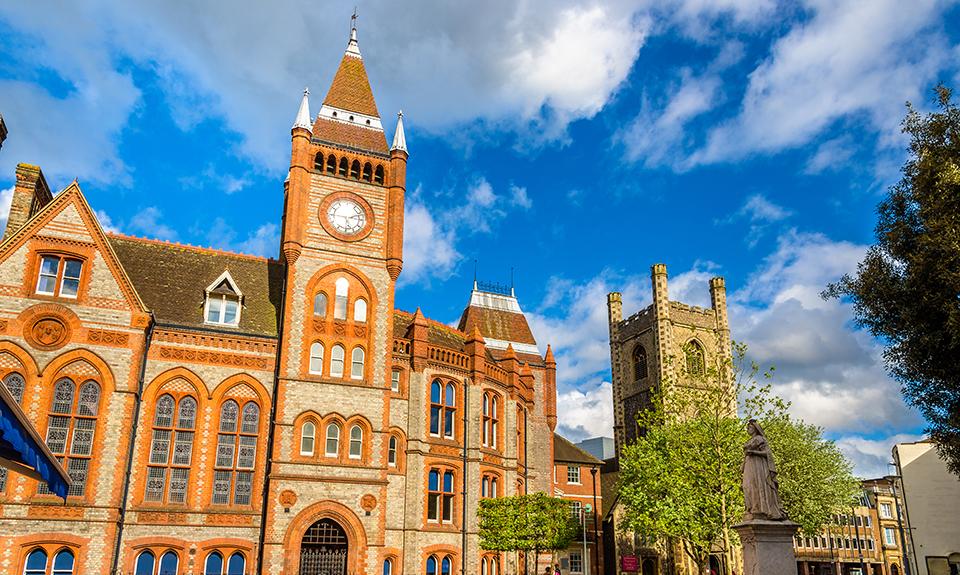 Reading sees more crime than other areas in the Thames Valley district, but if you take the correct precautions, you can reduce your chances of being affected. Thames Valley Police suggest the following to best protect your family and home:

You can have a look at our range of smart alarms and security features.

Protect your home in Readingwith a Verisure Burglar Alarm